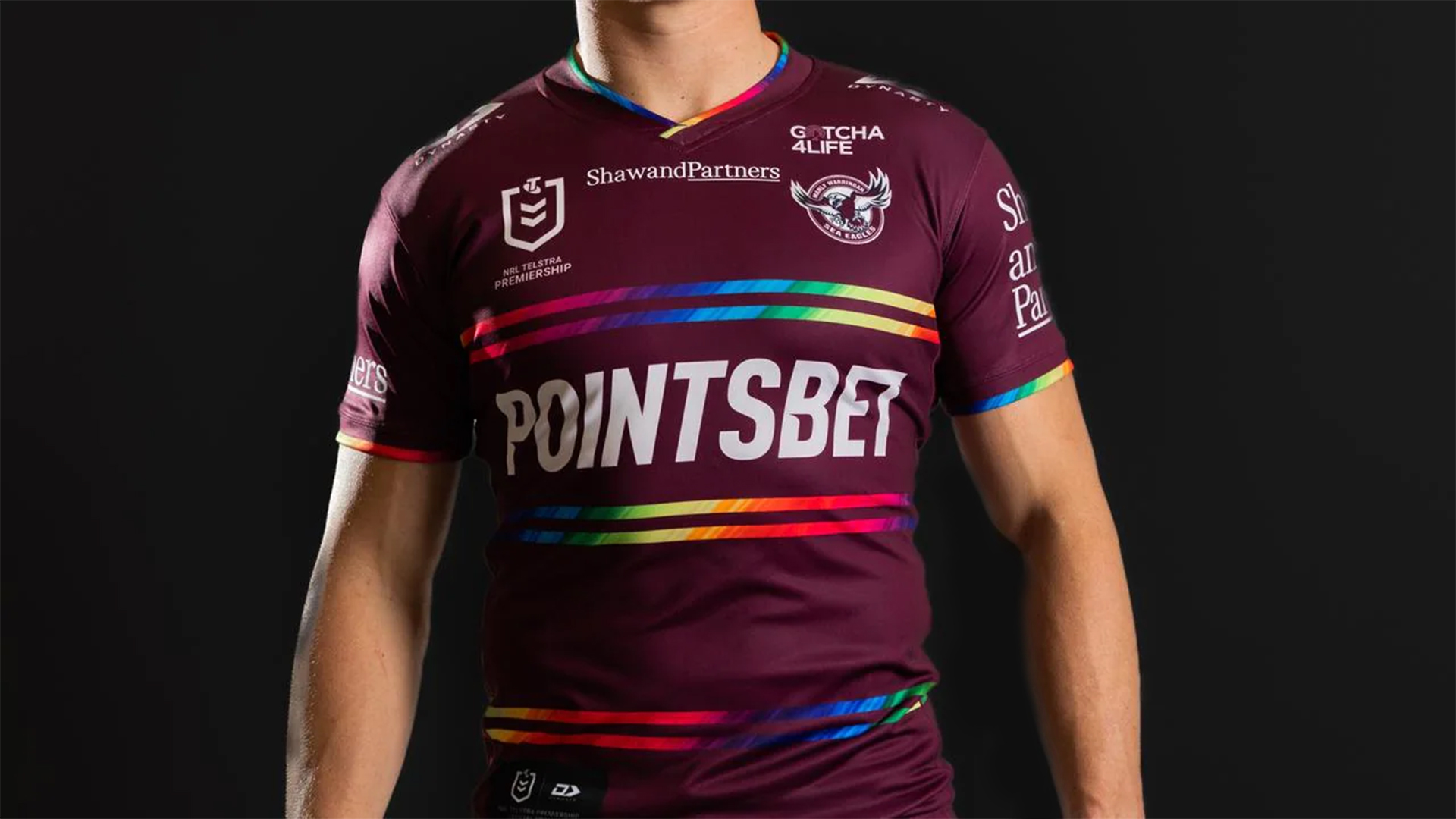 A decision by the Manly Rugby League Club force players to wear a Pride jersey for their “inclusion” round match against the Sydney Roosters – a crucial game that the club must win, if they are to have a chance at finals – has backfired spectacularly after seven of their first-grade players announced they could not wear the jersey on religious grounds. The Manly saga is yet another example of fundamental freedoms of thought, speech and expression being sacrificed as part of cultural push to compel all Australians to a narrow elite vision of diversity, inclusion and equality.

The Club has apologised for not consulting with players beforehand, but has nevertheless doubled down on its decision, refusing to allow the seven to play the game in alternative jerseys (without the rainbow branding).

The players have faced widespread criticism in the media for their stance, including calls from commentators for them to be sacked, and accusations of homophobia, bigotry, hate and hypocrisy.

Newsreader Brooklyn Ross said: “I want those players kicked out of the game.”

Sportscommentator, Peter FitzSimonns, tweeted: “The short answer for all seven should be: ‘No probs, and good luck with your new club!’”

The implications of this public debate are far broader than the current controversy surrounding these seven high profile players. The same corporate and media pressure to enthusiastically affirm truth claims of rainbow ideology is being brought to bear on everyday Australians in schools, universities, workplaces and community groups.

The demands of “inclusion” have shifted from simple “non-discrimination” to a requirement to “celebrate” LGBT Pride. HRLA has seen this pressure take many different forms:

In our Sexular Age there has to not only be tolerance of homosexuality, but outright celebration of it.

The penalties for non-compliance with the demands of rainbow ideology are becoming increasingly intense. It started with social isolation and hostility, name-calling (“bigot”, “homophobe”, “transphobe”); moved on to public shaming and being “cancelled”; and have now progressed to the point where non-compliance might even be punished with loss of income or employment.

As sports commentator Paul Kent argued the Manly football club has in effect made a “political statement on behalf of its employees”. They now cannot do their job, which is to play and win games for their club, because wearing a jersey contrary to their faith is now a condition of playing the game. The Club’s treatment of the players seriously undermines their fundamental human rights. Compelling them to wear a jersey that affirms allegiance to an ideology which is hostile to their sincerely held religious convictions is a breach of their fundamental human right to freedom of thought, conscience and belief as set out in Article 18 of the International Covenant on Civil and Political Rights.

This debacle unveils the nature of the ideological conflict and the animus toward Christianity playing out in our culture. These players are not only being asked to signal affirmation of ideology they disagree with, but they are also being asked to publicly align to a political movement that is openly hostile to Christianity and that aims to exclude Christian views from the public square.

As commentator Paul Kent points out:

The same groups who condemn the Manly players now celebrated the same diversity when Sonny Bill Williams had a betting sponsor covered up on his jersey because it went against his Muslim beliefs.

And they also did when Usman Khawaja refuse to wear the VB logo or could not celebrate with his team after winning the Ashes, because like Willliams he is a Muslim and they were popping champagne on stage.

In contrast to the benign reaction that other religious sports icons receive, the actions of Manly Football Club, and the hostile commentary of media and twitter “influencers”, have resulted in these Christian players being isolated and publicly denigrated for holding to their religious convictions. Where they are employed for their rugby skills, now their beliefs are being held up to public scrutiny.

Where a great many Australians are feeling the pressure to comply with the demands of LGBT ideologues, very few have both the courage and the opportunity of the Manly Seven to demonstrate their resistance in a way that garners public attention.

This is not a case of players treating other people badly or excluding other players. It isn’t about them making statements that are hateful, or even proactively stating their Christian beliefs. It is about the fact that these players are being prevented from doing their jobs because their employers are running roughshod over their human rights and forcing them to bow down to an ideology they cannot accept.