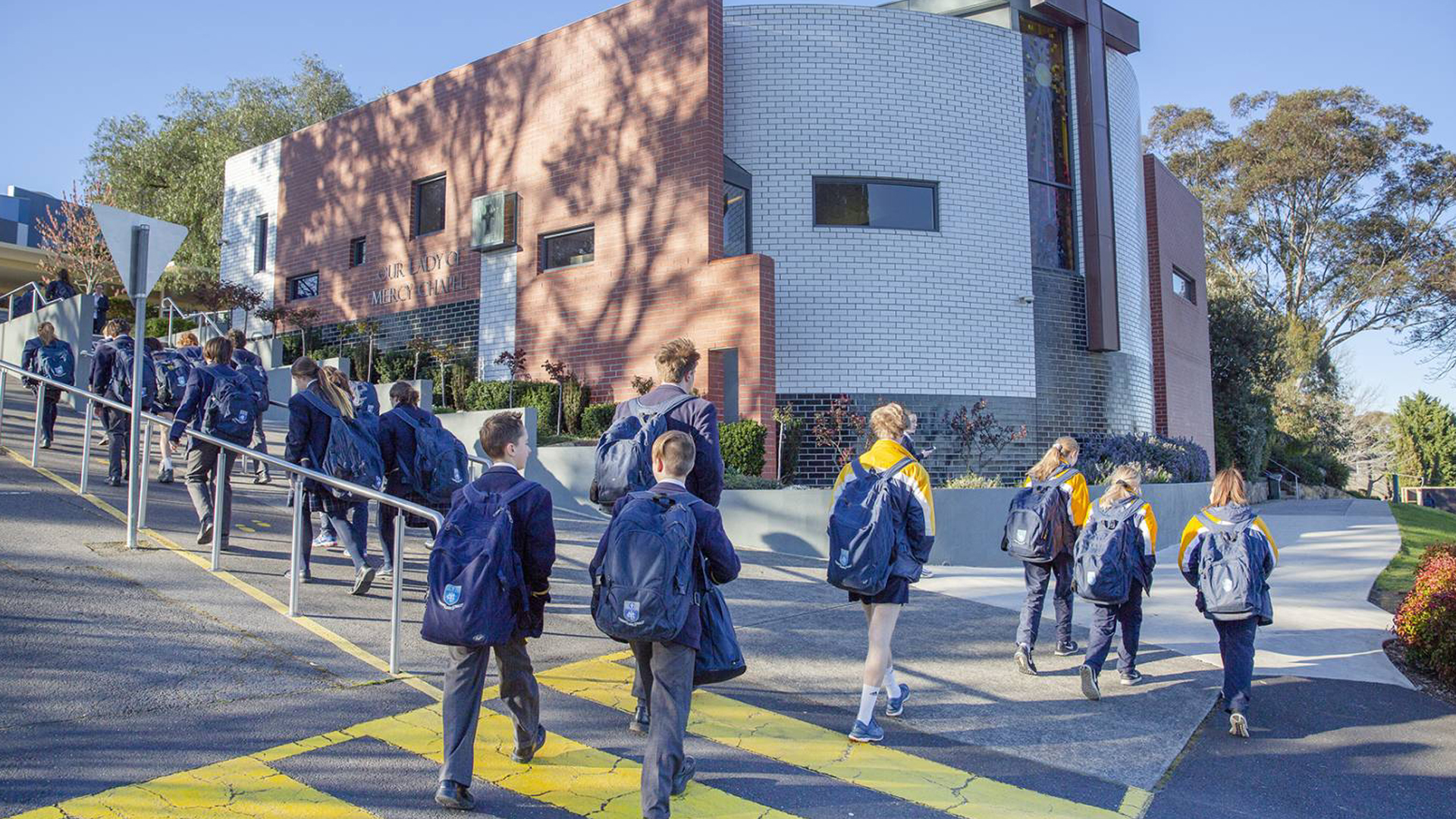 A Catholic secondary school in Victoria has attracted fierce media and public criticism following its decision to prevent the public screening of a student’s film depicting two women kissing.

The school allowed the student to submit the film as part of her Year 12 VCE assessment, but prohibited its screening at the school’s Visual Arts Exhibition or uploading onto the school’s website because the film’s content contravenes Catholic Church teaching.

An online petition calling on the school to reverse its decision has attracted 20,000 signatures.

In explaining the school’s decision, Mount Lilydale Mercy College principal Philip Morison told the media “some scenes [in the film] are not in keeping with our values as a Catholic school.”

The student however is claiming that she is being discriminated against by the school:

“All I want out of this is for my film to be shown alongside the work of my classmates. I am the only one in the class being excluded and all I seek is inclusion and equality.”

This controversy points to a much broader agenda in Australia to strip religious freedom rights from parents and religious schools and organisations more comprehensively. This conflicts with international human rights law, which recognises that the autonomy of religious communities is a vital component of religious freedom. As the UN has said:

“Religious communities, in particular minority communities, need an appropriate institutional infrastructure, without which their long-term survival options as a community might be in serious peril, a situation which at the same time would amount to a violation of freedom of religion or belief of individual members... Freedom of religion or belief therefore entails respect for the autonomy of religious institutions.[1]”

Amendments to the Equal Opportunity Act 2010 (Vic) have limited the ability of religious organisations to make employment decisions in accordance with an organisation’s religious doctrine or ethos. This however is only the first step.

The next focus of “reform” will be removal of the ability of religious schools to conduct their affairs in accordance with their doctrines, tenets and beliefs. This is already on the cards with proposed amendments to the ACT’s Discrimination Act and the Northern Territory’s Anti-Discrimination Amendment Bill, and more broadly with the very public criticism of schools seeking to upholding their Christian values and ethos.

The question that now must be asked is whether a religious school in Victoria can make decisions to protect and express its ethos?

Public statements made by Catherine Dixon, CEO of the Victorian Equal Opportunities and Human Rights Commission in a radio interview on 21 March signal the Commission’s support for more restrictions to religious freedom:

“...[This does] raise the issue of reform of the Equal Opportunity Act so that some of the really broad exceptions that exist in that act are narrowed and so that there’s better protections for the LGBT community when it comes to how teachers and kids are treated in schools and religious schools and scenarios like that. It doesn’t line up, I don’t think. And so that’s something that the Commission  has called for, you know, the reform of those exceptions.”

In a similar fashion, the Victorian Greens have launched a “Rainbow State Action Plan” that includes amending the Equal Opportunity Act “to prevent all faith-based schools and organisations from discriminating against LGBTQIA+ students, staff and service users”, as well as strengthening the powers of the Human Rights and Equal Opportunity Commission.

Yet the student’s claim that she is being excluded is incorrect.

“As for being included with her classmates, she is. She is enrolled in the school, she is included in the classes, and her project was included in VCE assessment. She, however, excluded herself from the Catholic film exhibition when, despite warnings, she went ahead and made an LGBTQ+ film.

“LGBTQ activists are not upset that a girl didn’t get to show her film so much as they are upset that the Christian church still exists.”

The ability of religious schools to teach, promote and uphold doctrines and articles of faith is essential if they are to retain their religious character.

Thus, it is reasonable to expect that they will enforce rules and moderate and limit content that is publicly associated with the school.