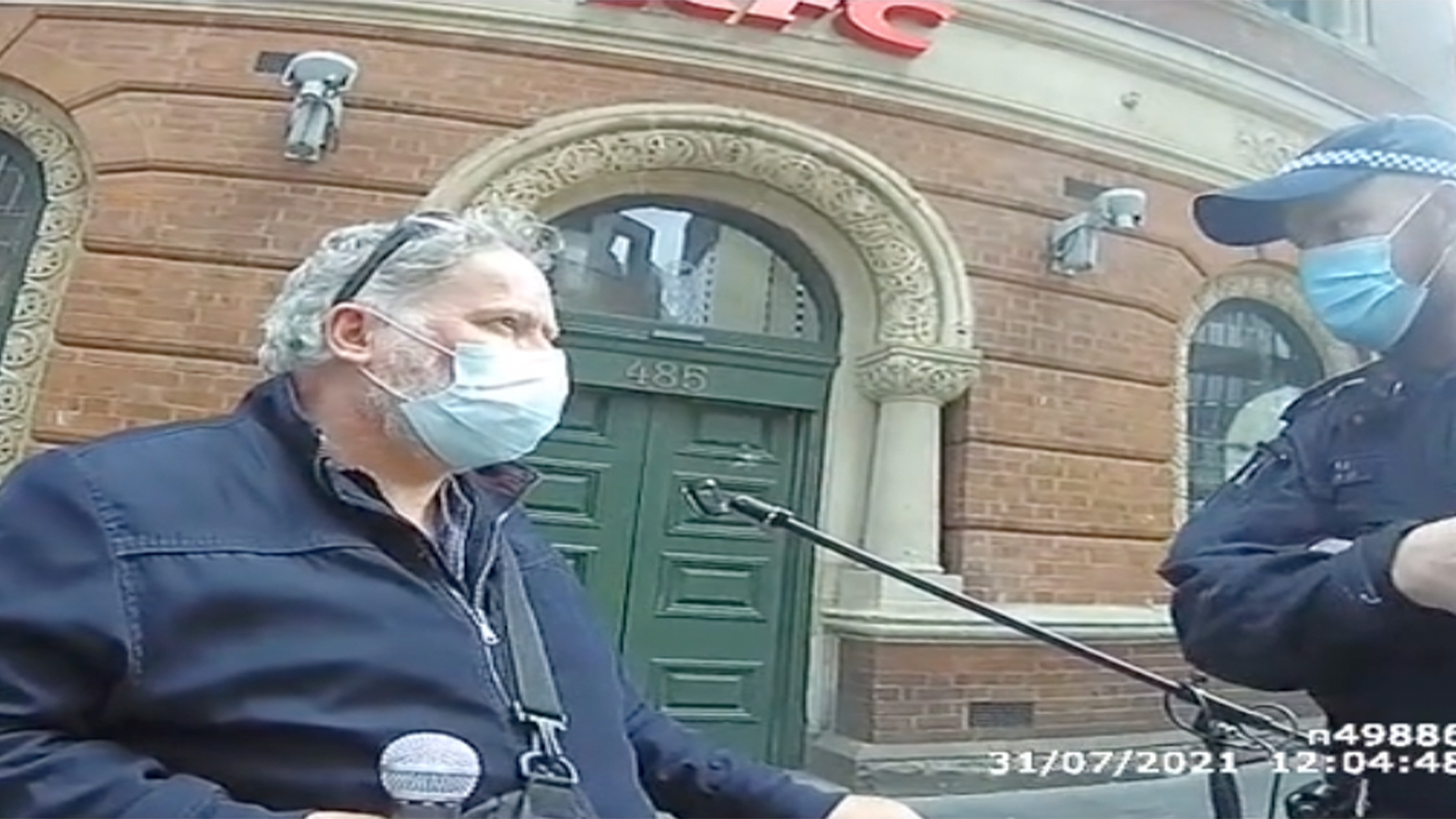 Allan Duxfield is a Christian street preacher from Sydney who preaches the Gospel in the CBD. He is passionate about proclaiming the good news of repentance, forgiveness of sins and the kingdom of God. In 2021, during the height of Covid lockdowns, Allan was targeted by the Police for his public evangelism despite the fact that he was in full compliance with all public health orders. HRLA represented Allan and were successful in getting all charges against Allan dismissed and a judgement of not guilty.

While Allan was successful, the matter never should have got to a Court in the first place. Overly eager Police disproportionately targeted Allan for his Christian witness. This contrasts markedly with the permissive approach that officials took during Covid to BLM protests and climate action.

In early 2021, Allan’s GP and cardiologist advised him to start taking daily walks to improve his cardiovascular health.

On 31 July 2021, Allan went for his daily walk in the Sydney CBD, less than 10km from his home in compliance with all Covid rules. While walking, he also preached on a microphone to those he passed while playing worship music from a mobile speaker. Allan felt grateful that he could combine his daily exercise and preach the Gospel all at the same time.

Allan was conscientious and made sure that he was aware of and complied with, the relevant public health orders. He wore a mask at all times in public and had received a negative Covid test result in the previous week.

As he was walking, Allan was approached by two Police officers who asked him what he was doing.  Allan answered, “I’m just getting my exercise, I’m a preacher and when I’m out exercising, I’m gonna preach.”

The Police then asked what the purpose of the music was, and Allan answered, “I’m worshipping the Living God, my Father” and claimed this was his regular practice in the CBD.

It was at this point that the Police officers started questioning Allan’s true motives.

“You’re doing it to get attention.”

“You’re doing it to cause a scene.”

The Police issued Allan with a fine of $1000. The senior officer ordered Allan to turn his Christian music off and threatened to lock him up if he turned it back on.

Allan informed the Police that he would take the fine to Court and went home.

With HRLA’s representation in Court, Allan was successful in challenging the fine and won his case.

The Police prosecutor argued that Allan’s real intention was to protest the lockdown and that even though Allan hadn’t breached the public health order, he should still be found guilty because he had broken the spirit of the law by exercising further away from home than he had to.

HRLA cross-examined the Police and uncovered several deficiencies in their evidence and successfully challenged all arguments brought by the Police.

The Magistrate dismissed the charge against Allan and cancelled the Police fine.

Allan wasn’t doing anything wrong. With the help of HRLA, he was successful in challenging the fine, but it took a prolonged Court hearing to achieve this common-sense outcome when the Police should never have issued a fine in the first place.

[Watch the video file of the Police body cam footage which shows the whole conversation between Allan and the police.]